23 Stonegate is one of the larger timber-framed houses to have survived in York. With its beautiful walled garden, it is a haven of peace in the centre of the city. The house’s medical associations go back to the beginning of the nineteenth century at least, and it was owned by the York Medical Society (founded 1832) from 1944 until 2018 when it was sold to York Conservation Trust to protect and maintain the building while enabling York Medical Society to continue to use the building on a long-term basis.

The property is interesting partly because of the many additions and alterations which have taken place over three centuries. The greater part of the structure is Elizabethan and was built in about 1590, a date attested to by the lead rain-water head (the oldest of its type in York) high up over the main entrance doors. However, parts of it are much earlier – such as the low and narrow wing to the left of the entry, known in the early deeds as ‘Little Paradise’, and also a fireplace in the southeast wing on the garden side.

Today, the house is reached by a long, narrow, stone-paved entry between two shops on the south side of Stonegate. This entry began as a small courtyard which is now almost completely filled in by later buildings.

The seventeenth and eighteenth centuries

The property was originally built as two or even three houses, each with a large ground-floor room and a first-floor chamber open to a steeply pitched roof. This arrangement survived, but when a second floor was added to form attics in the roof, and the first-floor rooms – which now had ceilings – were paneled.

In the eighteenth century, there were many changes. Some of the earlier fireplaces were retained, others replaced and more paneling was added. Rooms were divided and a fine Georgian staircase built in the left wing. 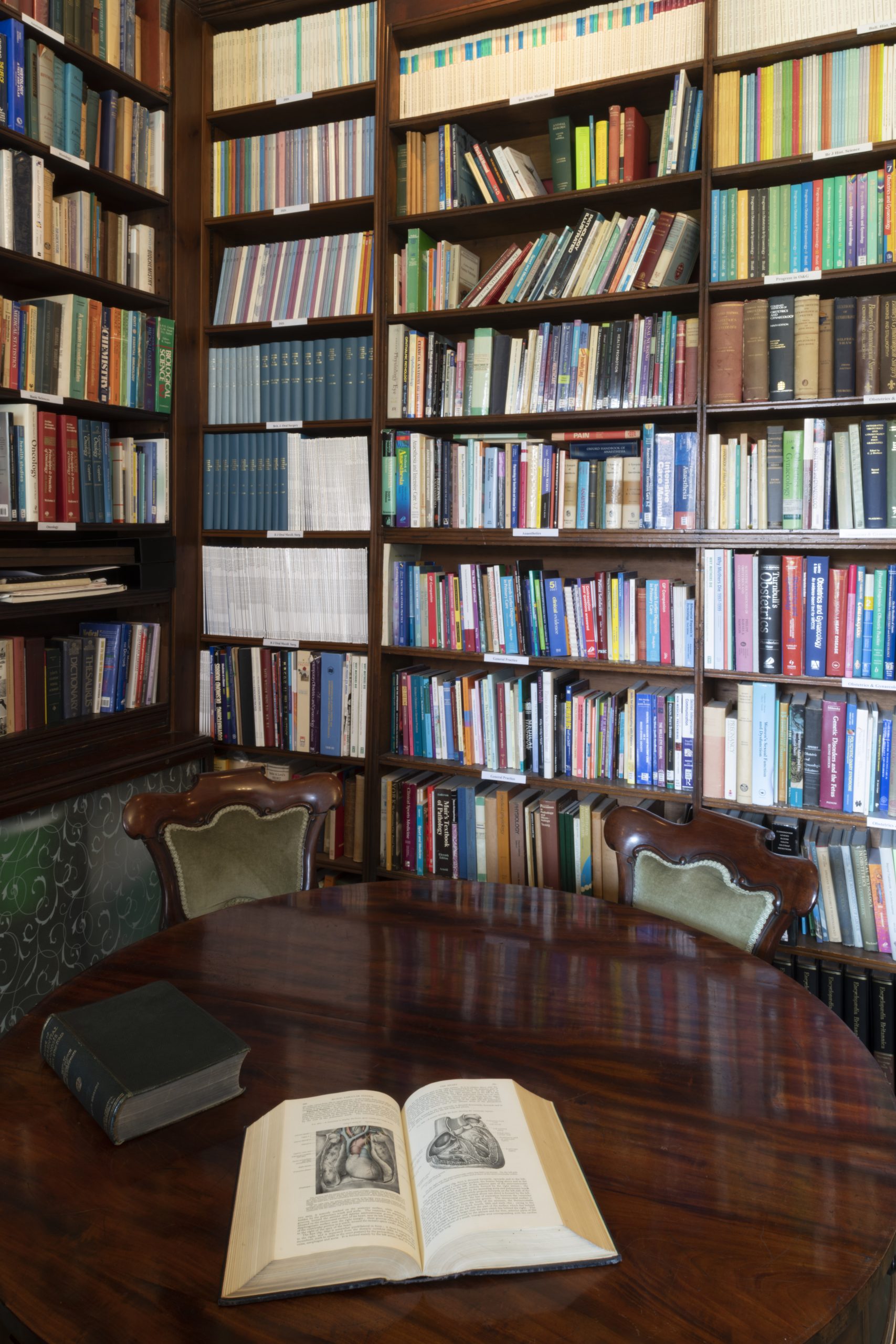 In 1804, Mr Henry Anderson built the present library on land purchased from the Bishop of Chester, owner of the house in Stonegate which until recently was Mulberry Hall and is now The Botanist and The Kä the Wohlfahrt Christmas shop. He also acquired houses on the north side of Little Stonegate.

In around 1835, his son, Dr William Charles Anderson built a new staircase to serve the right-hand wing. This has stone stairs and castiron balusters ornamented with serpents, the badge of Aesculapius. William Anderson also bought a house in Grape Lane, originally medieval which had been the kitchen wing of the large medieval house in coffee yard. This wing, which had been rebuilt as a separate house in the seventeenth century, was added to 23 Stonegate. The ground floor was adapted to provide a consulting room and a dispensary, whilst the upper floors were converted into a maisonette for Dr Anderson’s assistant. When excavating in the basement here, Mr L.P. Wenham
discovered fragments of Roman tiles dating from the first century (Legio
VI) and fourth century coins.

The last major addition to the house was the present tall west wing, built mainly for his guests by Dr Tempest Anderson in 1870. It included a large ornate dining-room – now the lecture-room of the Medical Society, a bedroom suite on the first floor, and on the second floor a ballroom, which was approached by a stone staircase. In contrast to the remainder of the house, this wing was constructed to be fireproof. The concrete floors, supported by steel joists, are early examples of what are know as ‘filler-joist’ floors. Dr Tempest Anderson himself continued to use the ‘Queen Anne’ paneled rooms, and the speaking tube from his bedside to the front door (to deal with night calls) is still in place. 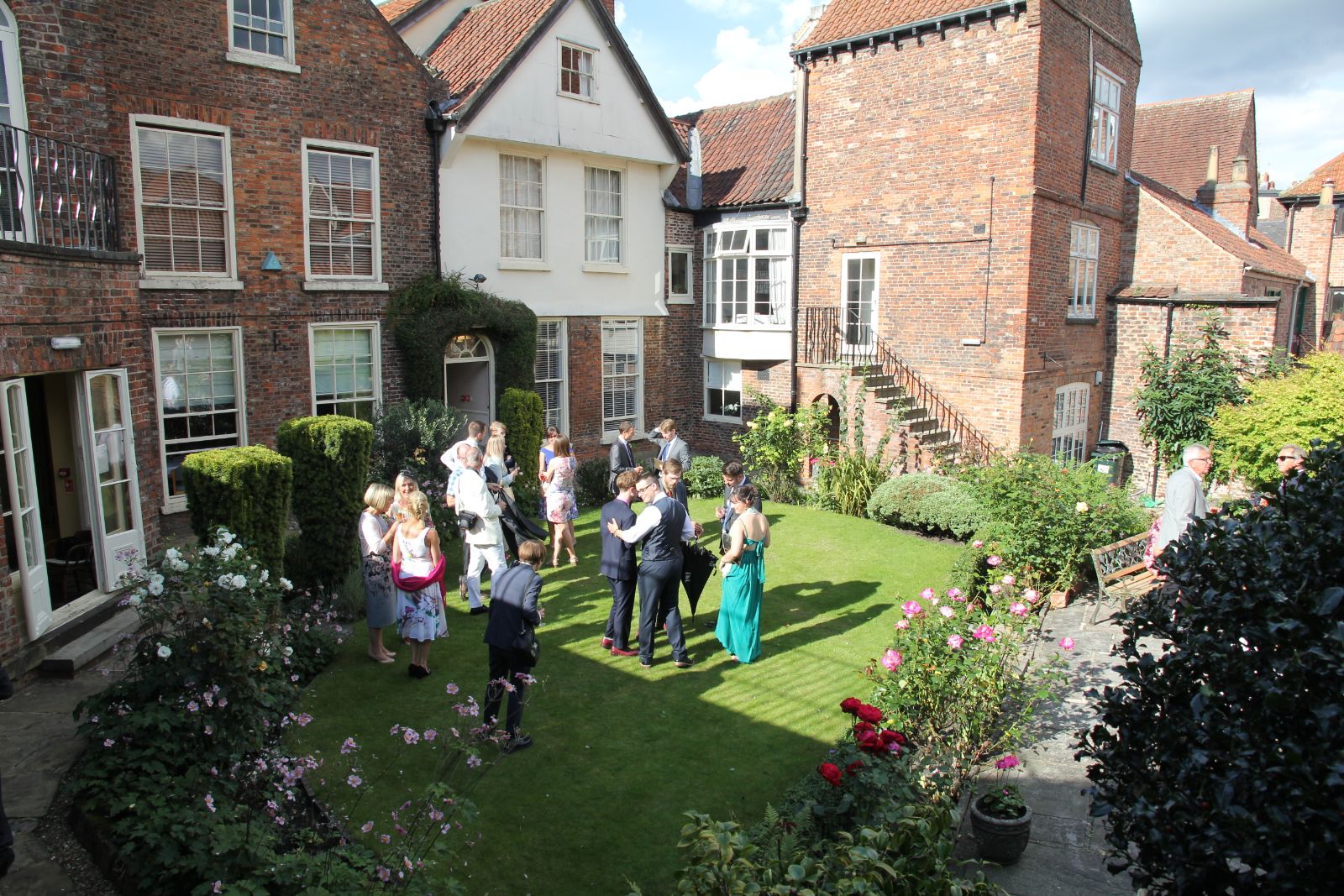 During 1974-6 York Medical Society, with an inspired architect and most generous financial help in response to an appeal, undertook a thorough restoration and renovation of the property at 23 Stonegate. The upper floors were adapted to make seven self-contained flats each with a view over the garden, and the Medical Society rooms and library are now well suited to their use.