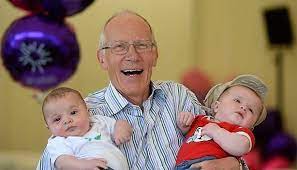 In 1975 he became the Consultant Gynaecologist and Obstetrician at St Bartholomew’s Hospital and also at Homerton Hospital following its opening in 1986, holding both positions until 2000. He was a consultant at the Whittington Hospital (2000–2008); King Edward VII Hospital for Officers; Director of the Fertility Unit at the Portland Hospital (1987–94); Medical Director of the Homerton Hospital (1994–1997). His last position before retirement from the National Health Service (NHS) in 2008 was as consultant obstetrician and gynaecologist at the Whittington Hospital, London.

Marcus was a council member of the Royal College of Obstetricians and Gynaecologists from 1994 to 2000, a council Member of King Edward VII Hospital, and a trustee of the charity Wellbeing of Women. He was made Commander of the Royal Victorian Order in 2005.

Marcus served as Surgeon-Gynaecologist to Queen Elizabeth II from 1990 to 2013. He delivered Lady Louise Windsor at Frimley Park Hospital, the first royal child to be delivered at an NHS hospital, and Viscount Severn. He also cared for their mother, the Countess of Wessex, after her ectopic pregnancy in 2001 and assisted with the Duchess of Cornwall’s hysterectomy. In December 2012, he attended Catherine, Duchess of Cambridge, in her pregnancy. He delivered her son, Prince George of Cambridge, in July 2013 at the Lindo Wing of St. Mary’s Hospital in Paddington.

He was appointed Knight Commander of the Royal Victorian Order (KCVO) in the 2014 New Year Honours.

As a former Barts consultant and surgeon-gynaecologist to HM the Queen, Sir Marcus is eminently placed to describe the hospital’s royal connections. These began in 1123 with the hospital’s founder, Rahere, who was a jester at the court of Henry I before taking holy orders and becoming a monk.

In his presentation, entitled ‘Royal Doctors, Royal Births and Royal Barts’, Sir Marcus will reflect on those Barts men and women who, like himself, were called upon to provide medical services to the royal family, and the history of royal births through the ages, when a successful outcome has often been far from certain.

Join us in the library from 7pm for drinks.  Meeting starts at 7.30pm followed by supper if booked.
Two course meal with wine – £22 per head – please book your supper before Tuesday 26th April 2022.
This meeting will be face to face in the York Medical Society rooms and also shared via Zoom.
Please confirm your preference for in person or virtual attendance and if you want to join us for supper afterwards.

Open to York Medical Society members and their guests only