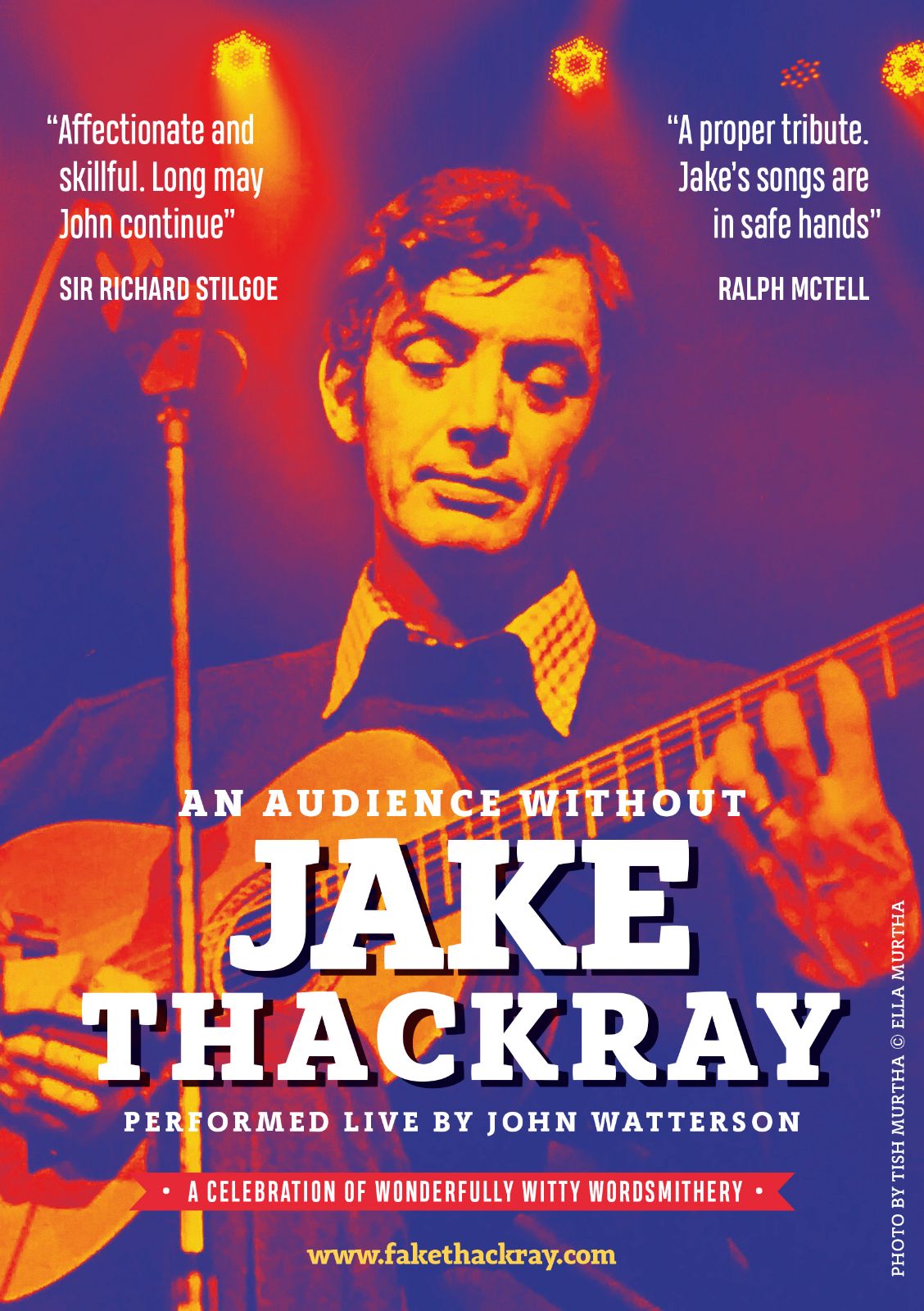 John Watterson will be performing his one hour show  – ‘An Audience without Jake Thackray’, celebrating the life, songs and wonderful wordsmithery of the great Yorkshire chansonnier.

The show will include many Jake classics (Sister Josephine, On Again On Again, The Bantam Cock and others), anecdotes from John’s research into Jake’s life for the forthcoming biography as well as some of the ‘lost’ Thackray songs John has rediscovered

Leeds-born Jake Thackray (1938-2002) is increasingly recognised as being one of the greatest English songwriters of the twentieth century, a unique talent, whose songs are full of poetry, wit, irreverence and humanity. He became known to millions through his regular appearances in the 1960s and 1970s on programmes such as Braden’s Week and That’s Life.

John Watterson is the UK’s leading performer of Jake’s songs. As Fake Thackray he has toured with Fairport Convention and performed at Latitude, Cropredy and the Edinburgh Fringe Festivals. He has also played for Jake’s family. John has appeared many times on radio, including Radio 4’s Great Lives, a Radio 2 documentary on Jake presented by Cerys Matthews and Radio 3’s The Verb hosted by Ian McMillan.  Most recently he appeared on TVs Meet the Richardsons.

The evening is open to members and guests